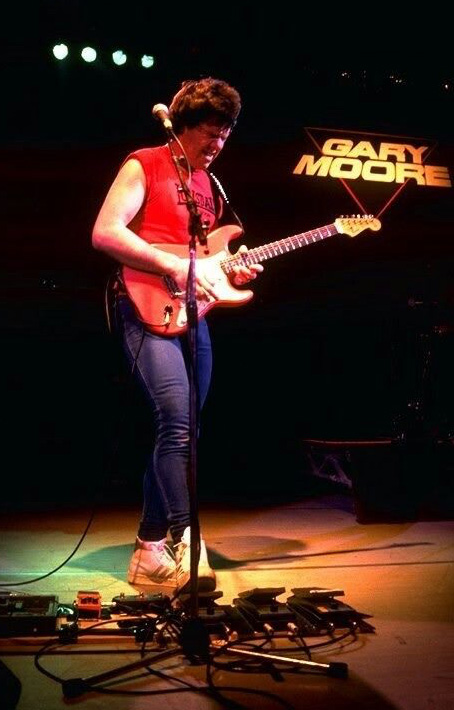 Gary Moore (1952 – 2011) - Born in Belfast, Gary Moore is considered to be one of the greatest blues rock guitarists of all time.  With a career spanning four decades, starting with Skid Row in 1968, alongside a young Philip Lynott, with whom he was to go on to play with in a number of Thin Lizzy line-ups, during the 1970’s.  The years 1975 – 1978 saw a move to British jazz-rock band Colosseum II, before a brief return to Thin Lizzy.

After which, he focused on a varied solo career, gaining momentum throughout the 1970s and 80’s, peaking in 1990 with his multi-million selling album, Still Got the Blues.

Always in demand, Moore’s career saw him collaborate with some of the greatest artists in blues and rock including B.B King, Albert’s King and Collins, Greg Lake, Jack Bruce, Ginger Baker, John Mayall and Paul Rodgers to name a few.

Gardiner Houlgate is delighted to offer another bumper selection of guitar and other equipment on behalf of the Gary Moore estate, most of which has been used by Gary either live on stage, in the professional studio, or at his personal home studio.  A lover of gear, and like most guitar enthusiasts trying to seek "that" tone, the following 121 lots feature a broad representation of equipment from Gary’s solo career spanning the 1980s, 1990s and 2000s, right up to his last tour in 2010.

The auction will take place on Thursday 8th September 2022.

The catalogue preview is available to view here.